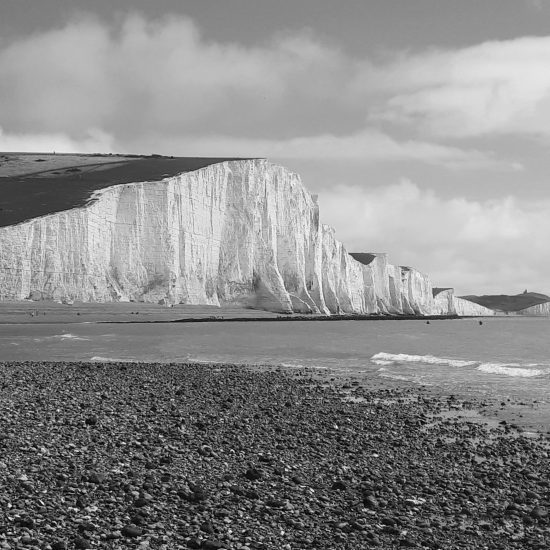 My husband does not believe in Christmas.

That’s the part I struggle with. Most of us would agree with much of what he says, but most of us find ways to suspend those thoughts and instead supersede them with our own ways of making the most of a couple of days off. Yes, there is a pressure to go mad in the shops, pile the parcels under a tree, and there are the usual British class competitions – a ‘real’ tree versus a plastic one, convoluted recipes with sprouts, the enduring pretence that anyone likes turkey. But what is really difficult for me and our almost grown up daughter is that my husband’s Principles are more important than we are, even at this time of year.

Am I married to  a cruel man, controlling, critical, aggressive and manipulative? Does he strike fear into us, reducing us and our self esteem with his mocking sarcasm? Not at all. My husband is not abusive. He is the kindest man you could find, would not hurt a spider (he puts them out of the window where I just bash them with his shoe). He will do anything for anyone, and regularly does. With our friends he is mild mannered, smiling, plays with their babies and at Christmas, ironically, he receives gifts from appreciative colleagues who know that during the year he has supported them more than anyone else. He is generous, encourages us to do whatever we like, including taking trips away without him, he cleans the house, does the food shopping and operates the washing machine with timely precision. A perfect husband, you might think?

So why the odd behaviour over Christmas? For years I delved into his childhood history, convinced that Christmas must represent an excruciating memory for him, albeit unconscious. I tried everything – making his favourite meal instead of turkey, having quiet Christmases just the three of us, modest gifts that no-one could accuse  of frivolity. This year we tried something else altogether. This year he went to work for the day.

And this year I realised why he is as he is.

My husband has Aspergers Syndrome (AS).

He expresses himself and his regard for us through practical tasks, but is incapable of showing empathy, or affection. He does the food shopping so that he can buy the brands he has always bought – when I go, I buy the wrong things. He eats the same things day after day, or would if I didn’t continually insist on trying new things. He will not eat fish or eggs, though loves quiche, insists on drinking his tea out of the same mug he has had for years, despite my buying newer and nicer mugs. If I buy him new clothes (I rarely do these days) they stay in the wardrobe for decades, unworn, preferring to wear the same things he has worn for twenty years. Even if they have holes in.

I didn’t see it at first. He was an old schoolmate and although everyone thought he was a confirmed bachelor, we all loved him as a dear and kind friend. When we started dating, he was incredibly attentive, and the first Valentine’s Day I was overwhelmed with 20 red roses in a beautiful box, dinner out,  my favourite pop singer’s new album and a champagne breakfast. I only found out afterwards that all of this was thoroughly researched; he read books on how to be romantic, and asked his female friends what they would want. Once married it quickly disappeared, and one year my Christmas present was a new vacuum cleaner. I don’t even do the vacuuming – he does!

By now you are probably feeling sorry for my husband, the dear, kind man who can’t help his lack of emotion, and part of me feels this way too. He does try from time to time and he acknowledges that he is ‘different’ and ‘set in his ways.’ And I am not always very easy to live with, as I frequently forget that he is like this – usually when we visit friends and he buys the hostess a huge, hand tied bouquet, is attentive and charming around the table and even puts his arm around me whilst we are there. (Affection seems to be reserved for an audience!) As soon as we are back home, he commandeers the sofa, news channel on 24 hours a day and I could be having naked orgies on the floor and he wouldn’t notice.

From my reading on this subject, it would seem that certain types of people are attracted to the person with AS. They are “super empathisers, nurturers, strong and capable” (Hendrickx & Newton, 2007). We have always maintained that we are as different as chalk and cheese. I call him ‘My Rock’ as he is constant and reliable, but I also call him ‘Granite Man’ as he is impervious to anything. I was attracted to his strength and resilience as I knew myself to be highly emotional and sensitive. Ironically I have had to develop rock-like characteristics to stay with him.

An anonymous woman writes on https://www.autism.org.uk/about/family-life/partners/comfort.aspx about her marriage:

It is not easy to leave a man like my husband, and there are many reasons why I decided to stay in this incomplete but worthwhile marriage. However, in order to survive it as a whole person and retain my sense of self and self-esteem, I also realised that I would have to establish new boundaries in our relationship.

I no longer have any expectations of my husband’s ability to be affectionate and loving. As a result, I have ceased to put any pressure on him to change, he no longer feels threatened by demands he cannot understand, and we now have a friendly, communicative, and companionable relationship that works well.

I have also accepted that I am not responsible for my husband’s problems, nor am I responsible for solving them. I am only responsible for making my own life happy and rewarding. I tend to keep very busy and get other kinds of fulfilment from my friends, children and career.

This sums up my marriage. I have to accept that my husband cannot change. Our daughter and I are closer than we might otherwise be, and I worry about putting pressure on her. She manages her father really well, manages to have a relationship with him as he is, and says that she has never known any difference. She also perceptively told me that she does not have the guilt she assumes I have of asking myself why I married him and did this to us.

I write this on Boxing Day, my favourite day of the year as it means that the 25th December (my husband’s term for Christmas Day) is a whole year away. It doesn’t mean there won’t be other times in the year that aren’t challenging. His friends had a glimpse of his real behaviour when they arrived for his 50th birthday meal. He refused to talk to them for half an hour. I had only invited three couples and had warned him about it, but still it was too much for him. Oddly, it was the three year old helping him to unwrap his gift that finally thawed him. He made a clumsy speech, smiled and started to enjoy his little party. Those are the moments that make it worthwhile.

From now on I am going to read more on this subject, and take a leaf out of my daughter’s book. “He is what he is, Mama,” she told me. “And he’s the only one we’ve got.”