Re-constructing: patients as co-constructors of their healthcare 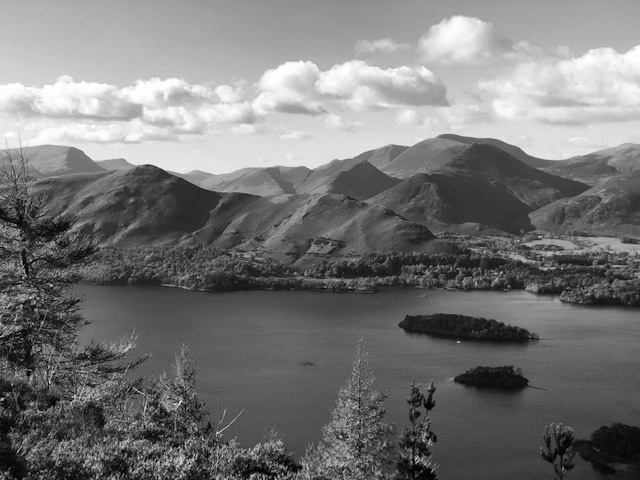 “We have a student with us today. Would you mind them taking a part in your care?”

I can’t remember the exact words the first time or even subsequently, but I can remember how I felt. I was delighted, in the early 1990s to enable the education of a soon to be qualified healthcare professional, through my role as a patient.

Fifteen minutes later I felt slightly less delighted. As the nurse rushed in to retrieve the syringe which was hanging out of my arm, the student having left the room to seek her help, she gabbled, “I am so sorry….I thought….well it turns out it was her first time.”

“No harm done,” I replied as she switched to the other arm to retrieve the blood she needed. And indeed there was no harm done – a bruise and a slight lump in the ante cubital fossa which subsided in less than a week.

My second encounter as a patient guinea pig came a few years later in the outpatients clinic of a neurologist. Would I mind him using my consultation to teach his patients, he asked. Not at all, I replied, intrigued to know more about my hereditary lifelong migraine, the blood test misadventure long forgotten. However, after six torches had been shone into my eyes, I felt the beginning of an aura, and zoned out, my only impression of the whole event afterwards being that I had somehow been transported back a century or two. The consultant’s tweed waistcoat, a plethora of latin words and the wood panelled room seemed more in keeping with a black and white film on a Sunday afternoon. I was none the wiser and I am not sure the students had learned a great deal. I do remember feeling like a gatecrasher at the party, the one who did not belong, even though, I reminded myself while travelling home, I was the reason we were all there.

It was many years later that I was a patient again in this unusual medical education triad. This time I had much more experience of healthcare, having worked in the field for almost twenty years. A chance conversation with a specialist consultant colleague had resulted in an appointment with my GP about a potential heart problem. I had neither raised the issue with the colleague nor objected when he asked if he could examine me, having taken a cursory history. His lifelong expertise told him he could not rule out cardiomyopathy, so there I was sitting in front of my GP and a student, trying to explain.

I hoped that given that my GP knew what I did for a living, and being aware of the growing collection of literature on patient centred care and patient roles in teaching, this would be an improvement on my admittedly much more ancient experiences.

Sadly this was not to be the case. I don’t know what kind of training GPs receive in this area and I do not want to criticise a GP who may not have had such training, but my experience as a patient this time was surreal. I felt that instead of attending primarily to my presenting problem the GP was under pressure to identify a hitherto unaddressed element of the undergraduate curriculum and provide a mini lecture on it. Remembering that my visit was preceded by a medical colleague’s sense of urgency and that I as a non medic, was poorly positioned to assess the validity of the consultation – much as most patients are – the judgemental tone of the doctor was little less than insulting. The ‘teaching’ the student received was focused on middle aged hysteria, and the ‘worried well.’ It was conducted bizarrely as if I were not actually in the room, and I was suddenly referred to in the third person. It was so surreal that I did not even think to interrupt and remind either of them of my presence, although interestingly enough, the student did look rather uncomfortable.

As a patient I was superfluous to the proceedings that day. I had presented with a question which my GP had chosen to view as psychosomatic (technically more Munchausens by proxy if we remember it was my colleague who had urged the visit.) The only role I had had in the education of the student was as a blank canvas upon which to project the received wisdom of some bygone era around unusual presenting complaints. That I was utilised like this sat awkwardly with me. Not only was I annoyed at the dismissal of the view of a secondary care colleague, but I was hurt by the ignorance of my presence.

A paper published in Academic Medicine a few months ago challenged the old assumptions based on transactional medicine and advocated that a student presenting a patient to a preceptor in front of the patient, use patient friendly language and thus educating both student and patient simultaneously. I wondered why the doctor had not utilised me as a part of the relationship.

My question today remains the same as it did in the early 90s when I was first involved in medical education as a patient: what belief underpins the practice that says medics should not interact with their patients? What paradigm claims that patients are but mere subjects in a scientific hypothesis and not living, acting, autonomous beings, able to influence and indeed co construct their own healthcare? What science expects their variables, when human, to remain inactive and unchanged when seeking medical help? What theory assumes correctly, that every person is the same, irrespective of genetics, education, socialisation, lifestyle and individual choices?

Is it any wonder then that in medicine, having treated patients as blank canvases, non functioning, homogenous organisms, clinicians are frustrated that those very organisms are now acting as such, not always taking responsibility for their own health, demanding that the doctor do everything, as a function of the learned helplessness they have been socialised into acquiring? If medicine removes patient agency by promoting clinician omnipotence, then it can hardly turn around and demand that patients think for themselves; they haven’t even been able to talk for themselves until recently.

The narrative medicine movement promotes the centrality of the patient and their stories, so that the patient is a co-constructor in the diagnostic and therapeutic process. By seeing patients as learners, as well as teachers, we can all benefit from a richer experience, greater learning and beneficial mutual respect.