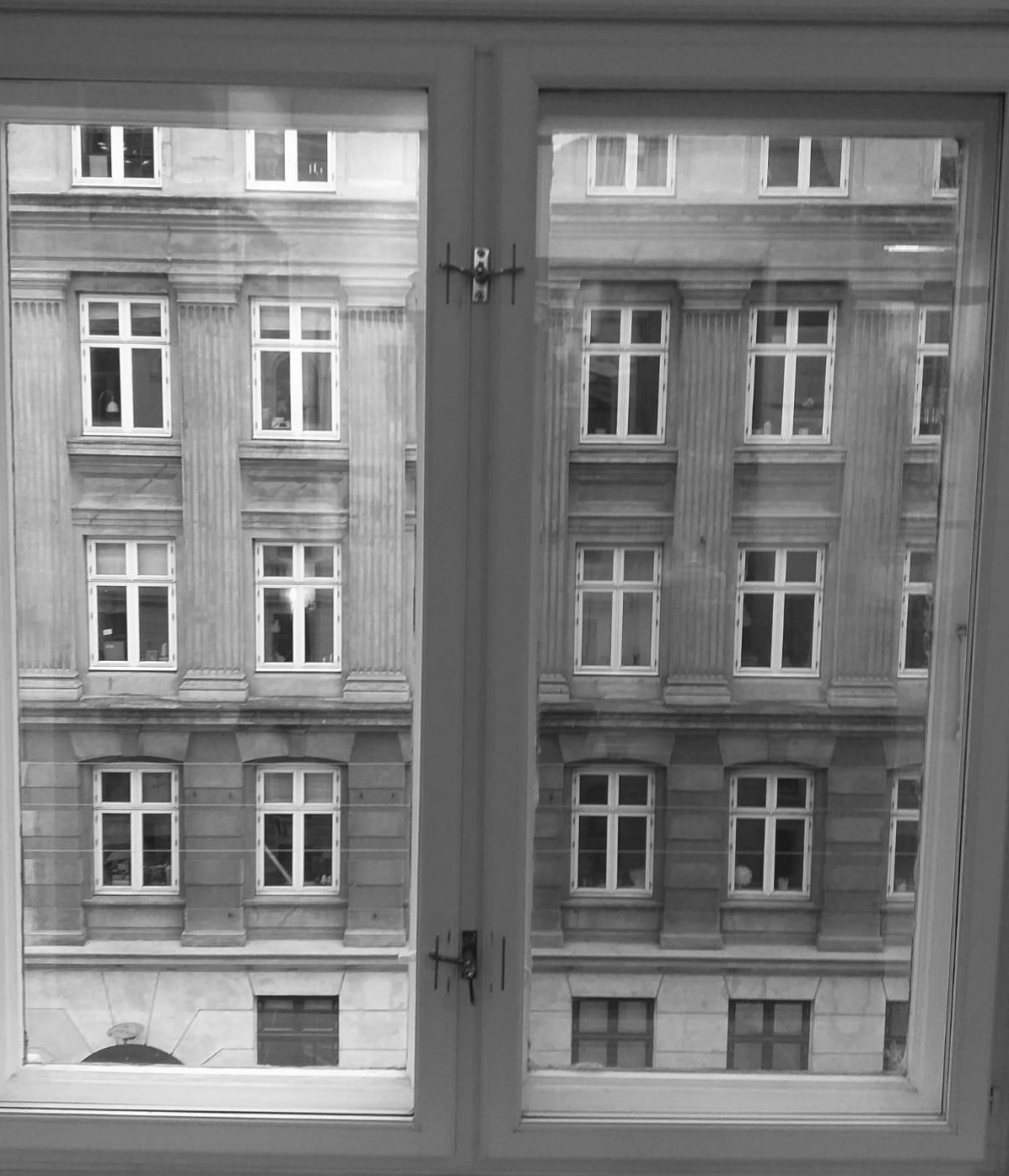 A young woman was attacked on the threshold of her flat. She lived on the second floor of a converted Victorian house and afterwards told the police that she knew something was wrong. After lengthy and detailed re tellings of the story she identified the clue to her intuitive knowledge.

“ The front door,” she exclaimed. “I always hear it click shut behind me, as I turn the first corner of the stairs. That night, there was no click.”

I have called this intuition. Some might call it recognition. It was a form of evidence, even though it was not tangible, a tick in a box on a form, or part of a double blind  randomised controlled trial. It was human evidence. Tacit knowledge. The kind of knowing we have, as humans, used for centuries to keep us alive. Sadly, today we are even less likely to listen to it as individuals than ever before. We live in a society that says if we can’t measure it, it doesn’t exist.  We are forced to ignore the voice in our ear.

That said, we have always been afraid of intuition. In popular history we read stories about women accused of being witches, and being thrown, bound, into rivers. If they drowned they were deemed innocent and if they floated they were considered to be guilty of witchcraft and subsequently  burned to death. Was their wisdom, like that of witch doctors in other parts of the world, based on generations of pattern recognition handed down through close families? In seeing events before they happened were they using emotional intelligence to read human nature? What evil were they really doing?

Decades ago I was drafted into a school trip abroad as a member of staff. The organisation of the trip was compromised by the lead teacher leaving the school three months before the excursion  but retaining her role as lead. A number of administrative and safety precautions were not carried out due to her being in a new role elsewhere and as the departure date drew closer, despite my very junior position, I began to worry. Why had we not drawn up contracts for the students, who were between the ages of 14 and 18? What rules had we laid down about alcohol and smoking? Given the huge size of the group, and the small number of adults accompanying the group – of which I was second senior with less than two years of teaching under my belt, what could we do to clarify the behavioural expectations we had for the trip?

The day before departure I was very worried. My supportive boss, who had nothing to do with the excursion, tried to reassure me that all would be well. I was not convinced. For me, I was inhabiting the space of the woman who was attacked, between the front door and the internal door to her flat, and I knew that there was something wrong. I had no evidence for it apart from some rumours, a lack of administrative rigour and a gut feeling that this was a recipe for disaster. And of course no evidence equals no right to worry in our modern myopic society. We live in a reactive world: evidence only comes after the event.

We got off lightly. Despite a small group of the senior students separating themselves from everyone else including the staff, and hoarding alcohol, and despite the ridiculous decision by the lead teacher to allow them all to go out on the last night, to the local small town, full of bars, in the French  holiday resort; despite the hospitalisation of one girl for falling in her drunken state and inflicting upon herself a head injury, we returned home in one piece with all students still alive. But the surprise of friends, colleagues and the lead teacher herself at how dreadful the experience had been was difficult to take. When you know something is not right, and nobody listens to you, the need to bite your tongue and not say, “ I told you so,” afterwards is painfully sustained.

Maybe some people are more aware than others. More intuitive. Maybe some people are made to think ahead, to consider all possibilities and to read the signs before others do. But where does that capability come from? I know mine came from an accelerated childhood during which I was expected to take on adult roles from an early age.

Certainly experience helps. If you have seen something happen time and again you become used to the likelihood that given certain features recurring, it will happen again. After all, much of medical practice is about joining the dots, recognising the pattern and pre empting further harm. So experience is key. But some people don’t have to have extensive experiences and others with years of practice don’t always see things coming even though they have seen it many times. So what else is at play?

Imaginative thinking, or lateral thinking is a component. Looking at a situation from a variety of perspectives can help to weigh up the various different possible outcomes. Pre empting the worst case scenario is not just for medical conditions but for organisational  issues too. Unless we can examine something from a range of angles, we cannot see it or all its angles, and cannot then consider what might happen if one of those angles develops, or is compromised.

I think there is also a third  element. And that is emotional intelligence. Not just the ability to know ourselves but the possibly more important ability of knowing others. If we can read the motives of others, understand their characters, preferences, fears and weaknesses, we can more accurately predict their actions. It was a combination of imaginative thinking and emotional intelligence that made me fearful before the trip. Like the Swiss cheese analogy used in human factors and safety training, I could see the holes lining up, ready to provide a deep, dark well for someone to fall into.

So often,  very sadly, in today’s world, the canary in the mine who is warning about the gas leak, is silenced. Those who have the intuition and the courage to speak out about their fears, are silenced. Ironically they are never raising  concerns for their own sake, but for the sakes of others. Every whistleblower who has been discredited, defamed, and dismissed, not to mention discredited and dehumanised, has been speaking out for the benefit of others – usually patients.

A recent tweet by a Buddhist teacher posed the question, what do we do if a plant fails to grow? Do we pull it up and shatter it against a wall, calling it names, killing what life it has, casting it onto the rubbish heap? Or do we instead try to find out what is wrong with the environment which is clearly preventing its growth, consider the soil, the water, the location and the weather conditions? To extend the metaphor, what would you do if the gardener came to tell you the plant was dying? Would you kill the gardener, and blame them for the failure to thrive?

We shoot the messenger. Whether it’s medieval witches, politicians too close to the truth, NHS whistleblowers, or colleagues who try to improve a system. All they try to do is help, to warn of impending tragedy. The tragedy is that they are silenced, or violated. Good people, with imagination and emotional intelligence, using their experience to prevent further harm. Hung out to dry.

We condemn China for its silencing of the Doctor who identified the new coronavirus or Covid 19, yet we have a devastatingly endless list of people who have been similarly silenced. Their only crimes? Courage, foresight, and intuition.

Let’s grow out of this shooting the messenger myopia. Questioning is healthy, not harmful. Criticism comes from a place of caring and a desire to cure. If one of us is worried, we should all ask: “Why?” And listen to the answer.  I want to warn anyone out there who does have a healthy imagination and a good understanding of others, to listen out for the click of that door. Better still, stop and close it behind you. You never know when it’s the system coming to take you out of play for trying to protect it. What a total waste of great people.