Retreating from the world. 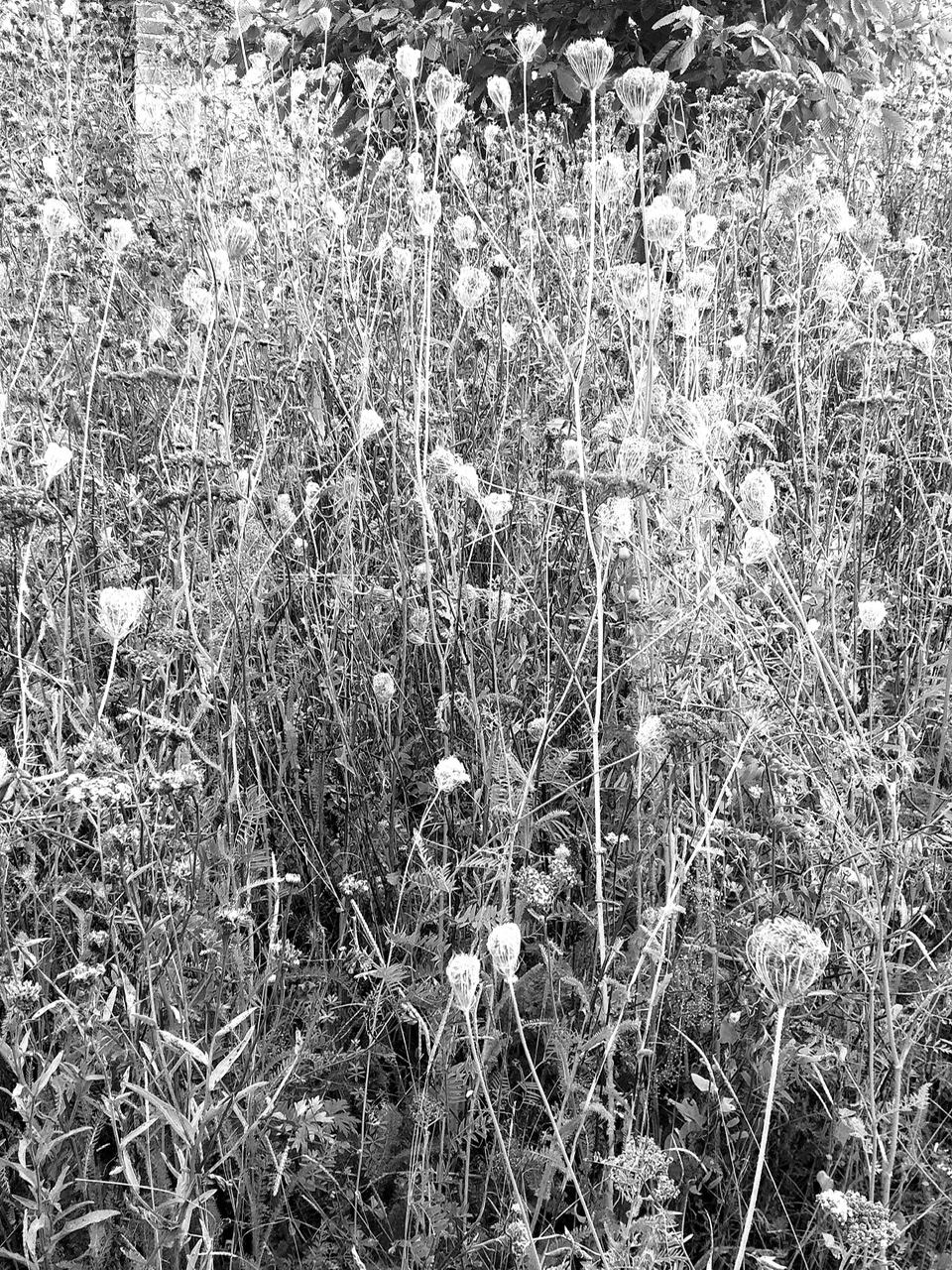 I can’t leave the garden this evening.

It’s not a large garden – the size of some people’s kitchens, where they cook in front of friends and serve “supper” at the table, a happy, chaotic mess, wine bottles strewn around, pans in the sink, kids paintings on the huge fridge. Where we eat is an interesting indicator of our social class, and the current trend for kitchen suppers among the financially comfortable somewhat mocks the efforts of previous generations to afford a dining room. Architecture may reflect social status but it is gardens not houses which have been a major feature of this year’s search for wellbeing.

Not everyone has a garden and green spaces such as parks and the countryside have been rediscovered this year as our recreational choices were reduced. My garden is not big and it is not grand. At probably only 18 feet squared, with a small patio and medium sized tree, various creepers and plants, it is rough and ready but has brought me the kind of sanctuary I never thought I would need. As I sit here I notice  a rustle in the autumnal leaves tonight. In this place I am enclosed, private, snug. What my patch of land lacks in grandeur it makes up for in cosiness and intimacy.

I both like and dislike the proximity of the neighbours; on evenings like this I am irritated by their chat, their cooking noises, the smell of their barbecues or curries. In the middle of the night I am reassured by their proximity, liking the fact that if I needed help and yelled, they might hear me. Close spaced living has both pros and cons. A drive through the most affluent area about ten miles away, where houses are gated and hidden from the country roads on which they sit, I see several security vans, tending to the alarm systems, and wonder what kind of peace this affluence brings. They don’t have gardens, they have grounds and whilst one part of me envies this, another part feels free from yet more worry and responsibility in having to defend my assets.

I love my garden. It contains greenery, pink and purple and white flowers at this time of the year and the evening sun peeping through the magnolia branches, just over the fence. The brittle, copper leaves on the grass, arbiters of the barren winter ahead are minimal enough this week as we enjoy an Indian summer. But soon all will die back in preparation for the annual long sleep.

Soon, after raking piles of crisp, wayward leaves, the garden will shut down and I will wonder if it will ever fully resurrect again. This year, I will also wonder whether I will too.  This year has taken every ounce of goodness from me, tested my faith, my humanity, my belief in connection. This year abolished connection for 12 weeks apart from down the ADSL line, when it chose to work. It separated roots from branches, delayed the flowering of springtime hope, put paid to the holiday plans of most responsible people. Like a moth burned by the night light, we traversed 2020 with our wings clipped, tending to our wounds in isolation, fearing to venture out. Diminished in all that makes us human – achievement, success in our professional endeavours, social contact with our friends and family – we squatted, toad-like through the Spring, fearful, hopeful, unsure.

No wonder I love my garden, such as it is – a small square of neither particularly  fertile nor beautiful ground. It has been one of the few constants in my life this year, while my work disintegrated like salt in a warm bath, and my world closed in, from international travel to the four wooden fences beyond my back door. The constancy of the plants I bought for my daughter’s eighteenth birthday and the seeds I planted in hope in April, have been one of  the only reliable parts of my life.

So many people this year have been compromised and have compromised others. Politicians, medics, the elderly who have gallivanted off for what could be their last hooray and it is difficult to know what is fair and what is not. If only doctors had confessed to how quiet some of them were in April, we may have avoided the lethal backlog of treatment killing more at the moment than Covid itself. If youngsters keen to benefit from a system that has bankrupted their generation for no apparent reason, had not eaten out twice a day, three times a week, helping to spread the virus. If only those in their 70s and 80s, claiming  that they had paid their dues and were owed one last holiday, had not braved the airports and metal tubes that can only have helped to incubate the virus further. If only we had locked down sooner. If only….

Would any of it really have made a difference? Who knows?

If, as is claimed, 75% of positive tests are asymptomatic this month, then what difference has any of this made?

Another thing that hurts me is the international nastiness – the “Sweden did nothing” narrative is incorrect – they banned inter regional travel which is more than we did – and inter regional scapegoating – as I write, an area in Wales is being vilified on social media for attending the races in Doncaster, because they do it every year. How many of us have continued to holiday in other areas because we do it every year? How many people are going out and celebrating birthdays because we do it every year?  How many large family gatherings are held on bank holidays or feast days, because they are held every year? Again, I don’t know.

In my garden, however, I can pretend that none of this exists. I can look at the latest wildflowers today, small, lilac and spiked, call my dog away from the sweet pears that land from next door’s tree, can lament the departure of the wood pigeon and her babies in June.  Here, all that matters is nature – the centuries old ‘diurnal round’ that Wordsworth valued, the annual predictability which soothes me, reassures me.

Our magnolia tree was in full bloom when we moved in here on the 18th March, 1999.  It still flowers every year within a week of that date: a little early if we have had a mild winter; a little later if it has been a harsh, cold one. The inevitability of it and of everything else in my little outdoor space is increasingly comfortable as I age. The plants don’t care about hypocrisy, about selfishness, about tunnel vision. As long as we can stop them being choked by weeds, they will survive.

What weeds invade our lives, threaten our survival, I wonder. I can no longer trust politicians, or those who claim to report the news. I have lost faith in so many parts of our societal infrastructure. My paymasters are corrupt or cruel, my colleagues either boorish or burned out. It’s not just 2020 that has affected me; in my world the erosion of a civilised way of working began a few years back. But this year, the world has become frightening, fallible and frantic.

Yet here, under the branches that rustle in the breeze, in the last pockets of evening sun, watching the spider catch another insect and wrap it up in its silky thread, smiling at my dog and her twitching ear, wondering what the next wildflowers to come out will be, all is temporarily right with my world. Nature has so much to teach us, it’s just a tragedy that so called civilisation turns a blind eye, and ignorant ear to her valuable lessons. But maybe, just maybe, if I sit here long enough, she will protect me, guide me, embrace me in her organic arms.

I can but hope.