Reckoning day is here: let us harness the self care agenda for the collective good. 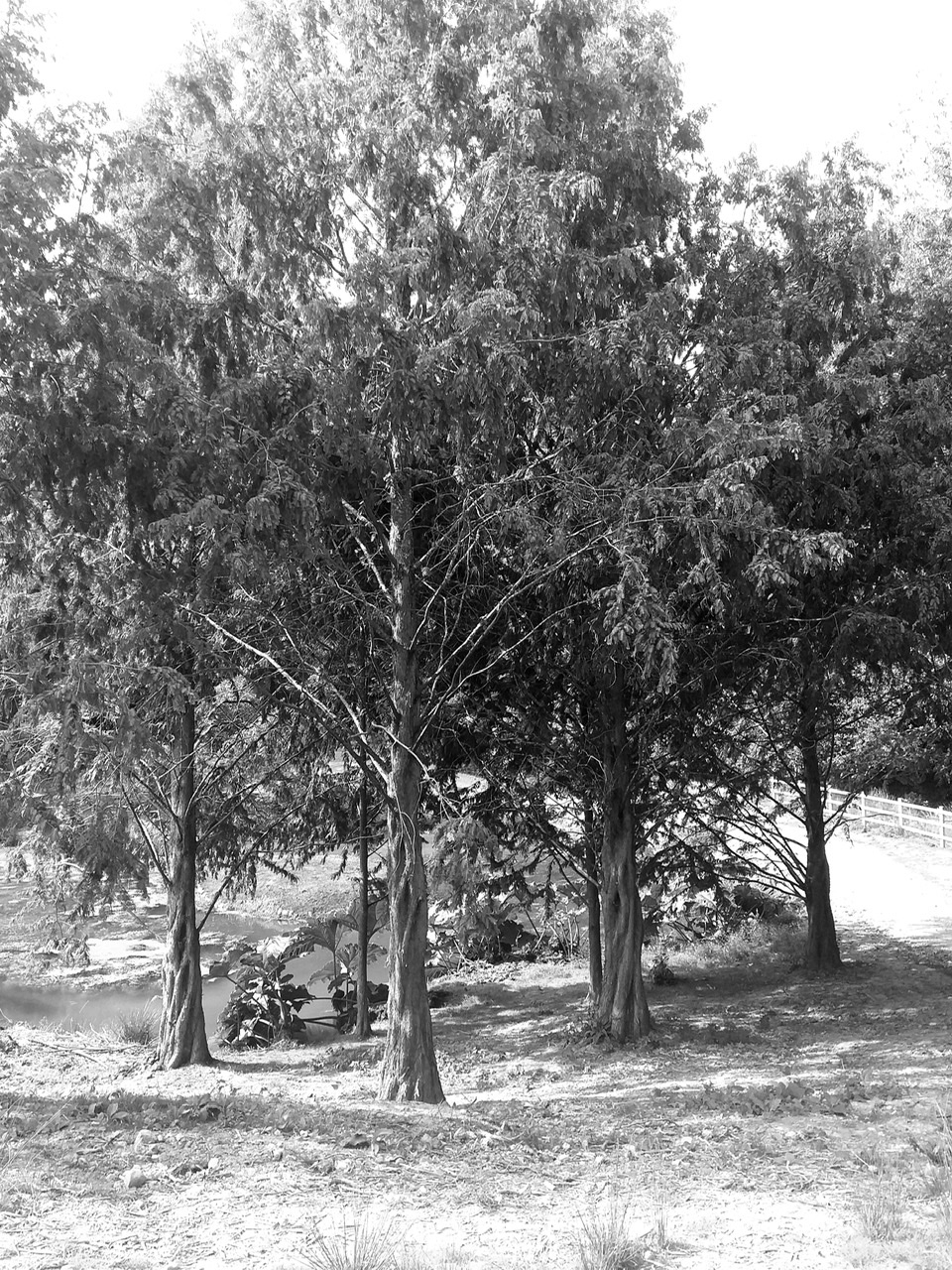 Flicking idly through a glossy, fashion magazine a headline grabs my attention: “A band-aid for bullet wounds: is the self-care craze doing more harm than good?” I am intrigued, partly because I am facing my own conundrums in a work context about whose responsibility it is to look after exhausted and burnt out employees – the employer’s or the employees themselves? And I am curious. What can a fashion magazine have to say about self care? The next day an email lands in my in-box, suggesting a number of self care offers. It seems the term is everywhere.

On further exploration of the magazine article and the email, I find that self care is being used as a way of selling treats for the face, body and home, most containing nice fragrances and claiming that we deserve them. It’s a marketing ruse, tapping into the zeitgeist following a year long pandemic. Self care is definitely the concept du jour, but what exactly does it mean and how can we harness its ubiquity for serious action?

There is no denying that life for many of us has been turned upside down over the last year. For some of us, our professional roles have changed radically, and even the financially secure retired are struggling with the boredom of their much longed for, worked hard for twilight years. After a year of examining ourselves for the damage we have ‘suffered’, the ‘losses’ we have sustained and the ‘fragility’ we feel, no wonder we fall prey to the temptations on offer. Can’t go abroad on holiday? Buy an expensive scented candle. In a commodity based, consumerist society, we reach for a physical treat to replace the experiences we have missed.

But is that really self care?

In the workplace, self care is also the new buzzword. Everywhere we are recognising that those who carry the heaviest burdens at the immediate interface with the public, whether that be caring for Covid patients, or teaching three times over and in three different modalities, acting as parent and social worker to swathes of society’s children, need more support than they have hitherto received. Covid has brought about an even greater burden of responsibility, workload and heartache to a section of our population who were already buckling under unreasonable demands and working conditions.

But self care? Is this really the term we should be using? Isn’t the inference from this term an additional demand to place upon the people who care for all of us, who get us back on our feet after illness or enable us to continue to work, whilst endangering their own health? We had only just accepted that resilience was a poisoned chalice of a term, inferring as it does that if you are struggling there is something wrong with you, and not the environment which keeps piling on the pressure, demanding more and more. Why is the term self care any better than resilience? It still suggests the solutions lie with us, doesn’t it?

If we look to the origins of the term “self-care,” we will find that it referred originally to two sets of behaviour.  Firstly, it described  ways that people who worked in psychologically taxing professions could protect themselves from the secondary effects of their work. I remember running into my counsellor at the beach with her dogs. She told me it was her, “therapy.” But the term also referred to the strategy of activists and change makers, of caring for each other, knowing that a person or a group could not adequately take on the problems of others without looking after themselves. Activists recognised that they needed to protect their own energy if they were to continue to fight for what they believed to be right.

I wonder then whether the concept of self care is better thought of as collective care?

In watching the 1995 film Seven at the weekend, I reflected on the wider, societal meaning of self care.  Morgan Freeman plays an about to retire detective who has no illusions about the world. He sees it as corrupt, evil and ugly, and he sees his profession as unable to do anything about that. He rails against the people who turn a blind eye to it all, numbing themselves with drugs, drink, television or any other such diversionary tactics. There is an irony to his position; he has given up just as the people he despises, have given up. Similarly, if all we do to care for ourselves is to turn a blind eye while lighting an expensive scented candle or having a deeply relaxing face mask (a band aid for a bullet wound,) are we any better?  Whether we take to drink, drugs or to expensive, fragrant chemicals, in enacting the ‘turning a blind eye’ kind of self care, we may be protecting ourselves for ten minutes, but how far are we furthering the real damage we need to call out, highlight and work against?  Are those who keep their heads down, keep numbing their pain and who refuse to see what’s in front of their noses, really caring for themselves? I don’t think so.

Freeman’s rookie new colleague, played by a less sympathetic Brad Pitt, is full of emotion, mainly anger, and yet still holds out hope for the future. His energy and his fury propel him forward to make those changes he thinks the world needs. At first the two characters embody the ages and stages of their careers – old, burned out retiree versus young, keen but haphazard newcomer. But then, as the story unfolded I realised that the two perspectives were metaphors for two types of people in society – not just in their society then, but in ours today. If we refuse to fight for anything as the Morgan Ferman character refused, initially, we stand no chance of making changes and we have to accept culpability for the status quo. If however, we act, albeit with anger, energy, force, we are, at least trying to make a  difference.

I came to three conclusions from these reflections.

One is that true ‘self’ care, in the spirit of putting out of our minds the damage and destruction, the neglect and negligence of the demands of the workplace, is complicity. It is not self care at all, it is support for the illegal hours, the immoral demands and the inhuman expectations. Ignoring what is happening is only storing up more harm for later on.

A second is that if organisations really are serious about supporting the professionals who carry out their core business, who pay the salaries of the leaders in whose hands change sits, they need to stop with the yoga classes, the shopping vouchers and the other bribes for silence and start putting their money where their mouth is. They need to address the structural inequalities, the overly long shifts, the inadequate rotas, the lack of breaks, the knee jerk, last minute responses to crises that happen because the infrastructure is built on sand. They need to remember that there is no healthcare without healthcare professionals, there is no education system without teachers and lecturers, there is no criminal justice system without police officers. Conversely these public services would continue to exist without politicians and leaders, would arguably do a better job, so why not put more trust in the people who truly care for us?

However, my overriding conclusion is that if we are to support people to really have an impact on their own wellbeing – physically, mentally and emotionally, we need to enable and provide places for them to gather, together, to connect and commune, to emote and engage, to give and to receive the kind of nourishment they need and want. We know that people are resourceful enough to identify and meet their own needs, collectively, and so all we need to do is to create the space and the time for them to do that.

The real impetus for self care should be a collective one. We should all take care of ourselves not just so we can continue to do the work of the state for the state, but so we can nurture our colleagues and their wellbeing, and be nurtured in return. So we can develop a culture of collaboration, and connectedness, and so that we can continue (or for some, begin) to rise up to the need to be active, to call out the inequities. No man is an island, said Donne, and despite so many efforts to make us so, we are not and never will be. Self care comes from collective care. From listening, from sharing, from seeing we are the same, underneath the efforts to separate us. Self care is an activity we need to share with others, to join up and unite. Only then can we deal with that gaping bullet wound, as a team; remove the alien object, clean and debride the wound and close it up again, making sure to provide aftercare and education.

Just as wound care is a collective activity, so should self care be.

All around the country there are examples of spaces being created for collective care. We are only aware of a few, but there is the beginning of a movement that sees that people have within them the ability to come together and support one another. Please check out your local resources for such opportunities and our twitter feed.