Re-educating: it is not a war 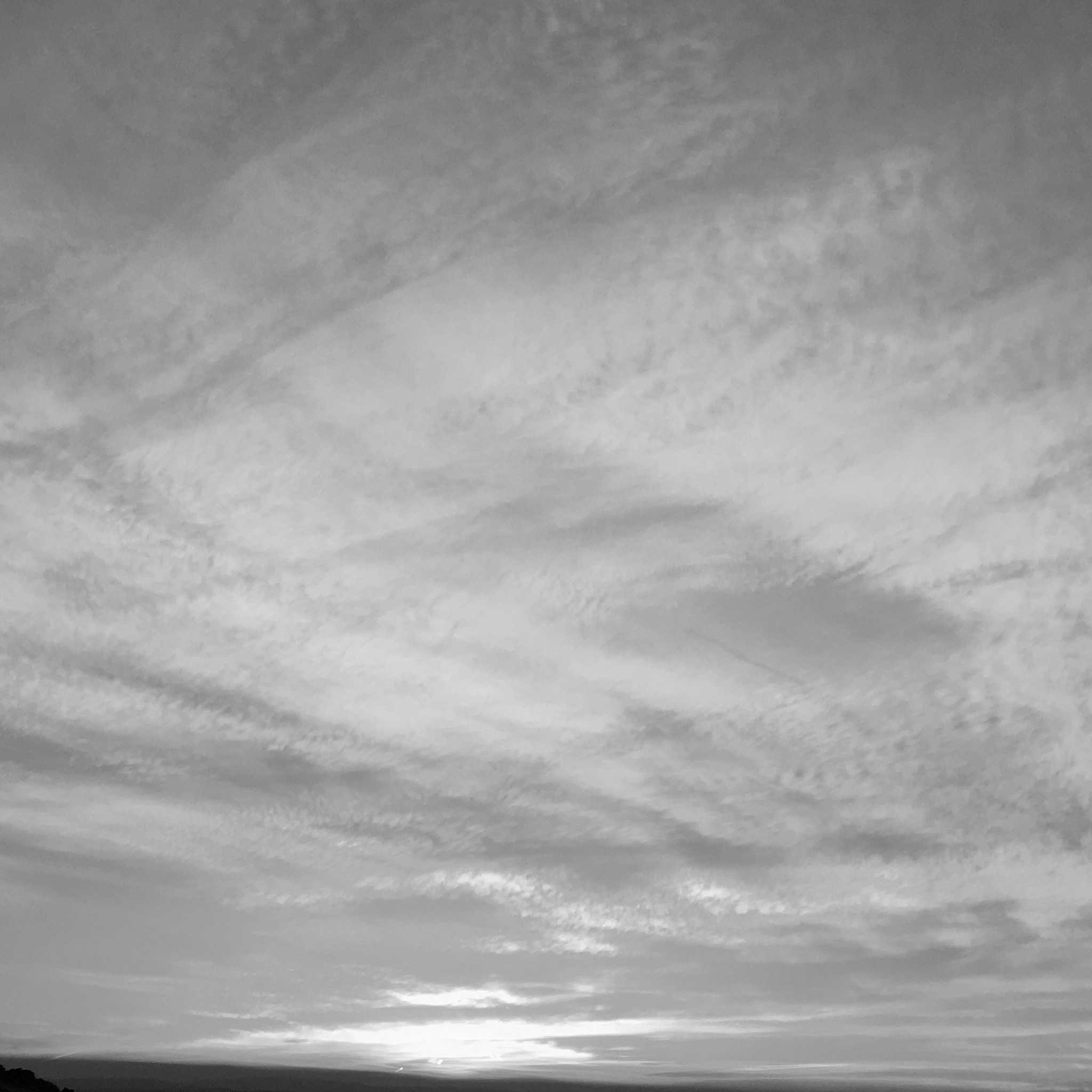 This week we are picking up on the similarities that exist in professionals who work with the public, specially between healthcare professionals and teachers. A recent article from Australia claims that teachers are more burned out than any other profession and we have been hearing the same about those who work in health. Of course it is not a competition – we have common purposes, and common challenges, not least the huge change to the ways we work that have left many of us questioning why we are still in this role. Maybe reflecting on other similar professions can provide some perception and some common ground. Our first story is from a school teacher, our second asks whether we are using the most appropriate terminology for what we do in medical education.

My first class as a fully fledged school teacher. Twenty four delinquents. When I entered the room they were throwing chairs at each other, barricaded in two ‘dens’ of upturned desks on either side of the room. The steamed up windows had expletives scrawled on them, and in the middle of no-man’s land sat Sharon, shaking gently but issuing forth a stream of obscenities at I know not whom.

‘Welcome to your career’ was not, coincidentally my first thought. I am not sure I had any rational thoughts as I greeted this war zone; I think I went into automatic pilot. Somehow I got them all in their seats, chairs right way up, tables back to resembling tables. I would like to think it was my authoritarian presence that achieved this, but it was more likely the roar that issued from my mouth when I realised that all that stood between me and the end of my hard won career was this tribe of feral creatures, the bottom set in the third year.

I can’t pretend it was an easy lesson. In fact no learning took place for the pupils in the class, though huge, life changing realisations were happening for me. Damage control, often a word used in a  surgical context was what went on in this classroom, and I managed to contain two dozen often excluded youngsters for long enough to then release them, on the bell to the next teacher victim. It was my first real job as a teacher, taking over the classes of a fifty year old experienced colleague who had gone off on long term sick with a nervous breakdown.  So desperate was I for a job, so idealistic and naïve, that I thought I could succeed where he had failed. More fool me.

As they charged away to torment their next victim, I made my way to the ladies and allowed my tears free reign in a cubicle. So that was that. One lesson into my illustrious teaching career, and it was over. The shortest career in living history. There was no way I could tame the lions I had just faced, I thought, when a teacher of thirty years standing has been beaten by them.

But as I made my way back to the staff room, a voice began in my head. “Five years?” it mocked. “Five years of working hard, down the drain because of a bunch of dispossessed teenagers? Was it for this that you waitressed until two in the morning, then cried until dawn from the pain in your feet? All those essays, the patronising lectures telling us not to fumble in our handbags or turn our backs on the class. Was all of that endured, in order for it to be thrown away at the first hurdle?” By the time I had taken my seat, the voice had declared that I couldn’t let them beat me.

And all at once I realised that this was where the voice was mistaken. It was right that I had not worked hard for 5 years for this experience to make me give up now. But seeing it as a battle, between the pupils and the teacher, opposite sides in an unwinnable war, was at best unhelpful and at worst  unhealthy. It wasn’t human to polarise my pupils and me in this way.

Why did it have to be them or me?  Was there another way?

I had two days before I faced the bottom third year class again, in which time I reflected on my teachings on class management and discipline, found them wanting, and chose instead to put myself in their seats, and take a view through their eyes.

I spoke to the pastoral lead and discovered that more than half of the class had complex social histories; Sharon, unconnected to anyone else in the class, spent her lessons in a constant stream of conscious muttering, but she lived with a heroine addicted mother, had a social worker, as did two thirds of the group, and was skinny, unkempt and dirty. Others had parents in prison, a large number of siblings, were already petty criminals, or victims of abuse. The department, in its wisdom had put all the children in  the year with social disadvantage in this one class for English.

What did I know about young people of fourteen and fifteen from such backgrounds? Experientially, nothing. But I had read that they needed to feel safe, with a teacher who was in control but who was also able to display an unshockable and all-seeing, all-knowing but nonjudgemental approach. I decided that I wanted their sessions with me to be a constant, predictable safe haven from whatever else was going on in their school experience or their outside lives.

It was a challenging few weeks, getting to the classroom before them, putting out their books on their desk, writing up their work in the board and making sure there was work for every different level. Once they were in the room, I stood at the front and developed an orchestral conductor like management system. I talked them in, smoothing, directing, enquiring as to their mood, their days, their week, settling them at their work, nipping little deviations of behaviour in the bud before they exploded – a constant monologue which recognised each and every one of them. I noticed that the numbers went up from nineteen to twenty one, twenty four, and then at the end of week three, twenty six. I plucked up the courage to ask these new comers why they had only just appeared, in February.

“English is usually crap,” they replied, “but the others said you were OK.”

I was OK? I didn’t ask what that meant; I hoped it was a compliment.

Sharon continued with her muttering. I had seated her immediately in front of my desk so that I could keep up a continual reassuring monologue with her. She was so volatile that any potential insult from one of the others, even if it was not directed to her, could set her off, chair crashing to the floor and Sharon launching herself, animal like across the desk at whoever she perceived to be the aggressor. I was able to pre-empt many of these incidents by intercepting and calming her. I think the quieter tone, and the constancy of this connection had an impact on Sharon that I still don’t fully understand. Whether she thought someone cared enough about her to notice her, whether she needed an external voice to act as her internal regulator, whether she liked the constant positive reinforcement, I don’t know. But what it did do was to enable her to participate in the lesson, spend the whole time in the class and not outside or being sent to the Deputy Head.

Sharon wasn’t the only one. Every example of indiscipline was enacted in that class. Physical, verbal, emotional abuse – these kids had all been on the receiving end and they all knew how to give it back out. I knew that I could not begin to help them individually, could not address a lifetime of maltreatment, and that it was not my job to do so. All I could do was to show them that I was not going to see them as victims or perpetrators; that I respected them for who they were, people capable of learning, and that while they were with me that is what we would do. We would learn. And that if anyone did not want to do that, they had no right to prevent others from doing it.

One day Sharon came in late, with the deputy head who told me she was “not herself” today. I let her put her head on her desk and sleep. It was nice for me to have a rest from the Sharon-talk but I missed it too. As she sloped out of the room at the end, she cast a baleful eye at me and muttered, “Thanks, Miss.”

I spent twelve weeks with this class, and honed my classroom management skills for the rest of my career. I grew really fond of them. Kieran who threatened to “put yer windows in,” Martin who wanted to set his dad on me and Arthur who said nothing for eleven and a half weeks and then announced when everyone else had left at the end of a lesson that he would miss me when I gone. I had not heard him speak before and he continued, “I haven’t been to English for two years, I only go to Art. For everything else I go down the park for a fag. But this has been good.”

And on the final day, when we had had to move to a different room which I thought would create havoc, they surprised me beyond my wildest dreams. They all turned up, and showered me with gifts, and cards. I tried not to wonder how many of these had been stolen, or to feel ashamed that I had not managed to improve their spelling a great deal, but the thing that brought me to the verge of tears was that this class who had, only twelve weeks ago been waging a physical war using tables as barricades, had now all worked together to organise these farewell gifts and cards. As they clustered around me to tell me that Vicky had sorted that card and the Easter eggs had been Charlie’s idea, I wished with all my heart that I could stay, and see how much further these kids could go, if only they were given a chance. Just maybe, I hoped, I had shown them that we could be accepting of each other and that good things happen when we work together?

That philosophy has stayed with me throughout my career. Believing the best of someone, treating everyone with the same respect, developing an environment of hard work and collaboration; these are my educational beliefs. I am so grateful to that class who taught me this.