Remembering that kindness works both ways 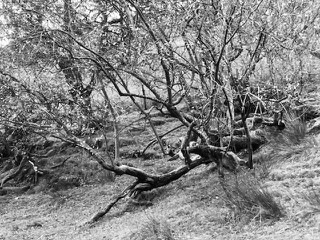 When my husband was called up urgently in the evening by a consultant haematologist to come into the acute assessment unit at the local hospital, on the same day as he had had a routine blood test at the GP practice, this was never going to be ‘normal’. My husband just knew that; and he faced up to it right from the outset. He just seemed to know instinctively how serious it was going to be. From that fateful and shocking moment, he suddenly became a ‘cancer patient’, diagnosed the very next day with acute lymphoblastic leukaemia.

There’s the thing. No one chooses to become a ‘patient’. Yet it is a label we all bandy about, as if it is a person’s total identity. It really isn’t. My husband used to talk about not wanting to be defined by his diagnosis of cancer. And, even more so when that became a terminal diagnosis, three short months on. He did not let it dominate the last five months of his life, even when the countless visits to the hospital threatened to take over our lives.

Imagine it. On one day in September, he and I were husband and wife happily living our lives together, privately delighting in the ordinariness and comfort of it all. Then the very next day we were thrust shockingly, and catastrophically, into a strange and alien (to us) system. I am not complaining at all about the care he received; the standard of his care was exemplary, especially when we reached the palliative stage. It’s just that when you suddenly become labelled a ‘patient’ and a ‘family member’, you enter a world that is completely unfamiliar. And the thing that we all forget is that this place, which is a routine and familiar workplace for each member of staff, is foreign and at times scary territory for those of us who have been forced to enter it, however temporarily.

And I work ‘with’ the NHS a lot, so I do understand aspects of the ‘system’. But nothing prepares you. Our very quietly private life was no longer our own. It was scary, and bewildering, and completely out of our control. Barrier nursing. No privacy and no physical contact due to toxic chemotherapy treatments. Insistently bleeping drip alarms. Cannulas and Hickman lines. White blood cell counts… A completely alien language, and one which had to become familiar all too quickly.

Yet in the middle of all of that incomprehensible tragedy, I need to tell you about the sheer humanity of my husband. However ill or scared or lost he might have felt, in a particular moment, he always took the time and the care to connect with every single person he met. He asked and he remembered every staff member’s name. He asked the student nurses how they were finding their studies, were they enjoying being at university in our home town, how were they being treated in the hospital. He noticed when the particularly diligent and caring staff nurse in the oncology day unit had been on shift for longer than the allotted hours. He remembered she was from Poland, and he asked her all about the city she came from; we’d always meant to go on a city break to Warsaw (amongst many other places in Europe…).

He was not just a patient. That was a ‘role’ thrust upon him in a sickening and shocking flash – and he played it out for just under five months. He died in February 2020, just before the global pandemic hit the UK.

One of the consultant haematologists in particular never forgot that he was so much more than a patient, tragically diagnosed with terminal leukaemia. He was a father to three grown-up children, a grandfather to seven grandchildren, a brother, and a beloved husband – before he was a patient. And, he was a superbly talented musician, a singer and a song-writer too – long before he was a patient. The consultant, the specialist cancer nurse, and one or two of the regular staff in the day unit always remembered that. When he decided at Christmas to start recording an album of some of his music in a professional recording studio, each of them made sure to ask him how it was going every time they saw him in the hospital for yet another blood transfusion throughout January.

We talked about it, and I commented on how personable he was with everyone he met. True to his humble and low-key character, he brushed this off with ‘anyone would ask after the staff’, wouldn’t they? My observation and my previous experience told me – NO! – this is not a common experience for staff. He was incredulous: why wouldn’t you? And he was so right.

This was the man who, after taking in the terrible news about his terminal diagnosis for a minute or two, looked the consultant straight in the eye and said to her: ‘This must be really tough for you, to have to give me this news. I hope you’re OK’.

If we all remember we are all human beings first, why would we not connect in that way? How are you today – really? What’s going on for you? Who and what is important to you?

My husband was scared, and he was tired; utterly exhausted by the creeping relentless march of the cancerous white blood cell count stealing his breath and his life away. Even so, he never took that out on the staff – or his family. He was always kind; and he always cared. And the staff knew that.